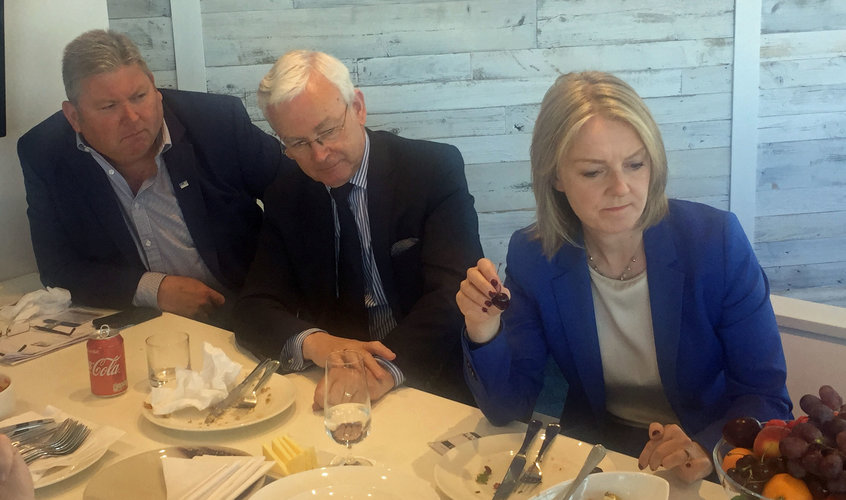 THE British Caribbean Chamber of Commerce Chief Executive Dr Ian Kelly, called for “Action this Day” from the UK’s new Prime Minister Liz Truss and her new Business Secretary during recent discussions with local UK Humber MP Martin Vickers as the Chamber and its partners look to cascade the latest wind power technology into new markets like the Caribbean.

As Britain and its Caribbean partners look to find new common agendas in a post colonial world, the ambition and challenges of tackling climate change and energy security have never been greater.

To this end, the BCCC strongly endorses a study out today by the Offshore Energies UK (OEUK) group calling for urgent action to tackle the planning problems delaying even faster expansion of offshore wind.

In April, Boris Johnson’s British Energy Security Strategy announced plans to make the UK “the Saudi Arabia of wind power” with a four-fold expansion of offshore wind by 2030.

Whilst we accept the challenge of such an expansion is huge and we will need to install an estimated 3,200 new, and much larger wind turbines in the UK by 2030 the key is to rip up the red tape associated with Boris Johnson’s energy security strategy produced in April this year.

The new Prime Minister and Business secretary should

The renewables agenda between Britain and the Caribbean also follows a Department of International Trade sponsored inward mission to the Northern Powerhouse cities in the UK by a group of specialists including key Caribbean experts such as Dr Gary Jackson.

Dr Jackson is, the Executive Director of the Caribbean Centre for Renewable Energy and Energy Efficiency (CCREEE) who spoke with Dr Kelly of the BCCC about how to expand on the UK’s Humber Energy Estuary’s expertise and developing links with the Caribbean following his planned report to CARICOM heads of government following his UK visit.