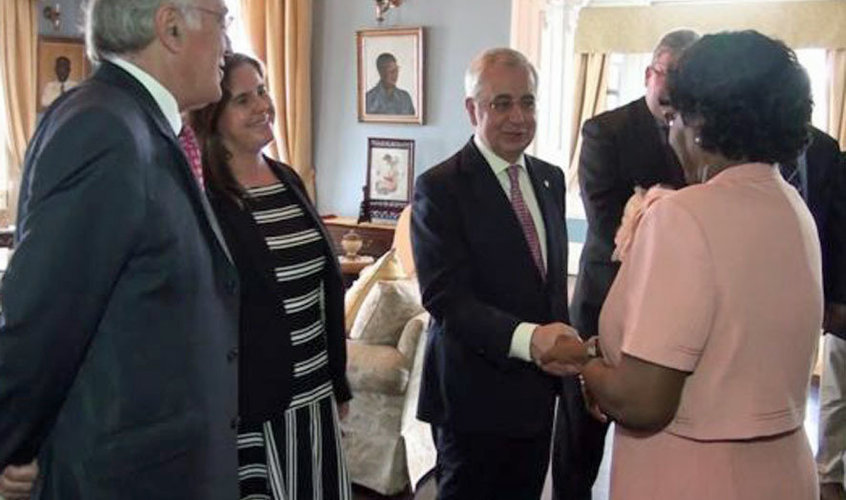 The Inter-American Development Bank’s independent analysis says the effects will be negligible for 2016/17 as the Chamber pledges to play its part in supporting regional initiatives to engage with the UK in defining a post-Brexit landscape that will favour the Caribbean.

The Honorary Chairman of the British Caribbean Chamber St Lucia Chapter said “the report highlights some risk and is right to do so, but its underlying conclusions are that the direct and indirect macroeconomic impacts of Brexit are small if not negligible.

There are no estimated dire consequences during 2016 and 2017 on remittances, exports, or tourism, and therefore no significant effect on economic growth in the region.

The report also makes the point that the Caribbean’s exposure to UK market volatility has been significantly insulated since regional Independence through growing trade relationships with other markets”.

“As a Chamber we stand ready to offer whatever support regional industry feels is appropriate during their engagement with the UK post-Brexit.”

The Inter-American Development Bank report also concludes that the Caribbean’s relationship with the EU on trade will continue unchanged through the Economic Partnership Agreement (EPA), and associated development support.

The report focused on six Caribbean countries; The Bahamas, Barbados, Jamaica, Guyana, Suriname and Trinidad and Tobago and estimated the quantitative impact of Brexit to be very small if not negligible, pointing out that predictions of dire consequences for the Caribbean have dominated the region’s headlines and prophesied grim consequences for trade relations, immigration, tourism, financial relations and foreign policy.

But the independent report estimated that in fact the direct and indirect macroeconomic impacts of Brexit are small if not negligible and therefore of no significant effect on regional economic growth. Thus, the recent headlines have been misleading.

The report addressed recent claims that Tourism is uniquely exposed to the short-term economic effects of Brexit due to the devaluation of the Pound Sterling against the US/Dollar rate, whereby holidays in the Caribbean have become more expensive for the British.

But the report concluded that Tourism to small islands is less sensitive to changes in the country’s real exchange rate, but more susceptible to the introduction and removal of direct flights and that price elasticity is statistically insignificant for “high-end” Caribbean destinations.

The report concluded that it was correct that the region engage with the UK in defining a post-Brexit landscape that will favour the Caribbean and to define what the region would like to get out of mutually beneficial relationships with the EU, UK and be proactive in initiating early engagement with the EU and UK.