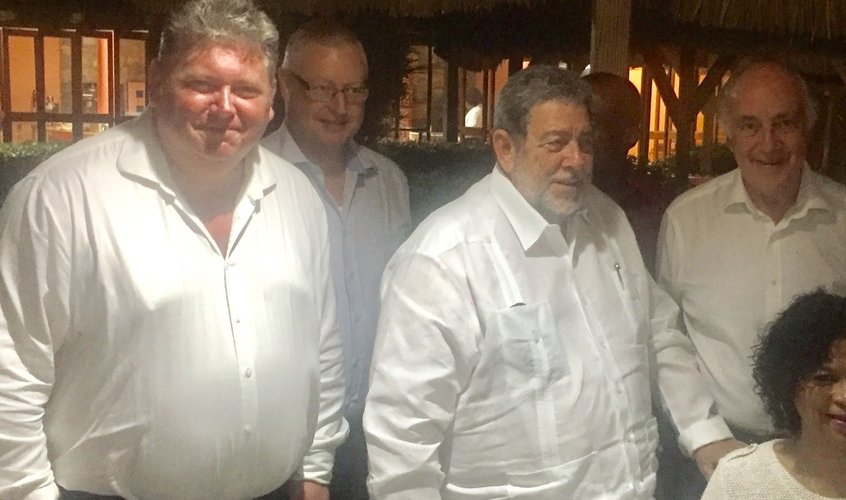 The convivial evening was dominated by the distinguished elder statesmen swapping stories and capturing moments of important world history and the great political leaders they had encountered. Fidel Castro, Margaret Thatcher, Hugo Chavez and Edward Heath were touched upon to name but a few.

But as the affectionately known “Comrade Ralph” took the chance to celebrate St Vincent’s new role as a peacemaker on the UN Security Council and Lord Howard celebrated a new “post Brexit Britain” optimism in international affairs, especially in the Caribbean, it was hoped 2020 would auger in new hope and opportunity for peace, trade and prosperity everywhere over the next decade.