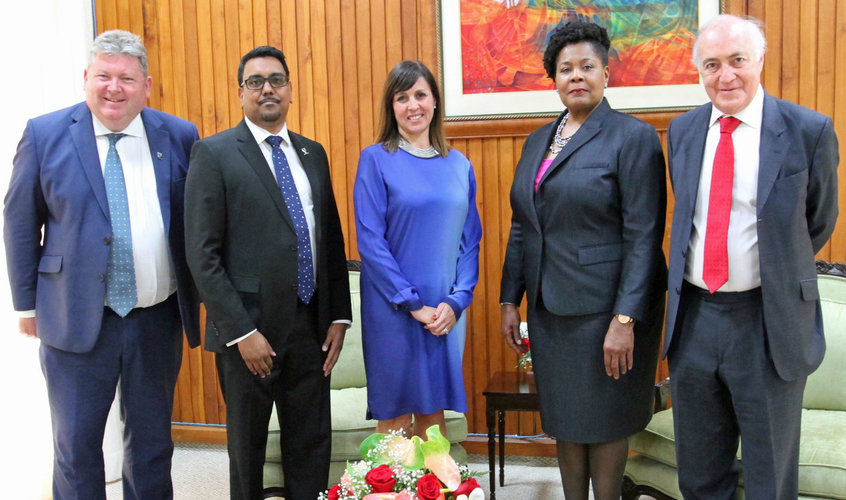 Lord Howard of Lympne met with the Trinidadian President to discuss Brexit, trade and the crime agenda which is of particular interest to both the President and Lord Howard.

The Chamber will also be exploring going forward with the President’s office new opportunities to help the young people’s agenda in Trinidad.

Lord Howard was accompanied by the BCCC’s Chief Executive from the UK, Dr Ian Kelly and the Deputy British High Commissioner for Trinidad, Caroline Alcock.

Lord Howard QC who shares a legal background with President Weekes reflected on a shared passion for tackling crime in their respective countries.

During the visit to Trinidad Lord Howard also met with the Trinidad Advisory Board of the Chamber and members to discuss Britain’s exit from the European Union (Brexit).