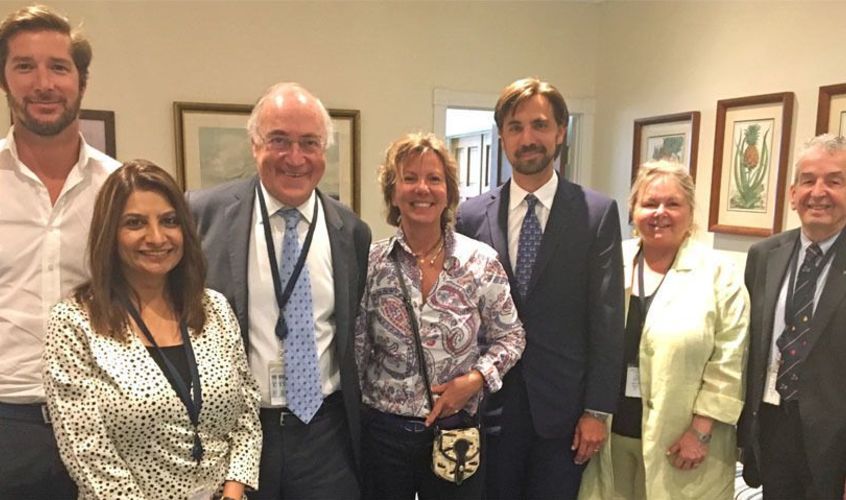 Pictured during the visit (from left) are Rupert Hayward of GBPA, Tanisha Thiara, Honorary Secretary of the BCCC in Grand Bahama, Lord Howard, Sarah St George of GBPA, Henry St George of GBPA, Pauline Wade and Michael Holding, President of the GBCC.

The BCCC, which was inaugurated in 2001, has its head office in the UK and Chapters in the Caribbean. It connects Caribbean countries, and aims to develop trade and investment opportunities with the UK.

The GBPA, Grand Bahama Chamber of Commerce (GBCC) and the BCCC will continue to work together to solidify Grand Bahama’s trade relationships with the UK and other nations.