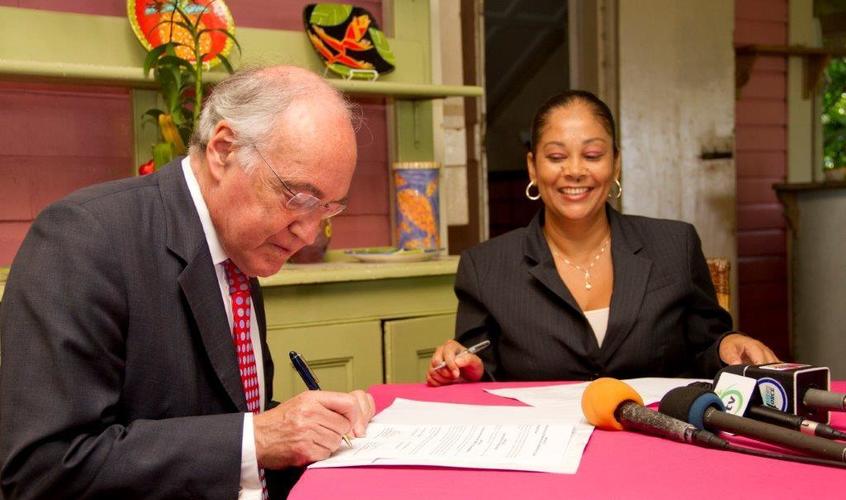 DURING a visit to St Lucia in March 2016, the British Caribbean Chamber of Commerce’s Honorary Patron, Lord Michael Howard of Lympne, signed a Memorandum of Understanding with Trade Export Promotion Agency (Tepa) to boost trade.

Lord Howard, a former British Home Secretary, was accompanied on his visit by the Deputy Chief Executive of the British Caribbean Chamber of Commerce, Pauline Wade. He is seen here signing the document watched by a representative of the St Lucian Government.